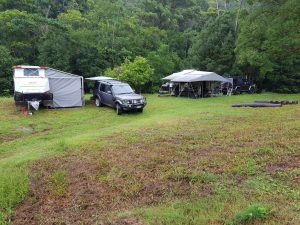 Blue-Berry Ash is a short distance away from the creek but has distant views. I would just mention that if you book one of these sites it’s for you or your group only.
The weather was from heavy showers to full on sun which made our stay very interesting, also very enjoyable. I managed all the walking tracks plus made my own when I missed the track to the top of the water fall ending up at the top of a hill, then making my way down a forty five degree decent over muddy shale, through dense rain forest with vines to cling onto as I slid over fallen trees covered with moss, eventually reaching the creek, (some 200 metres above the main waterfall). 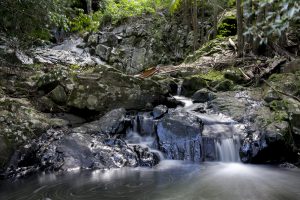 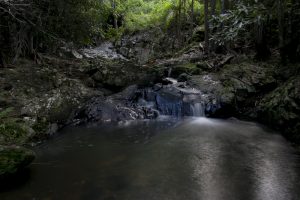 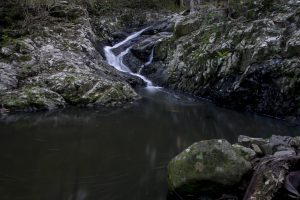 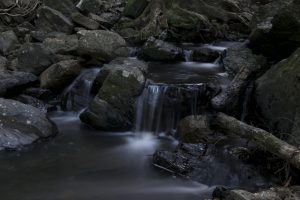 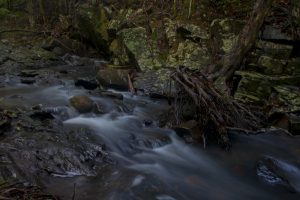 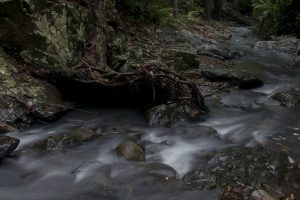 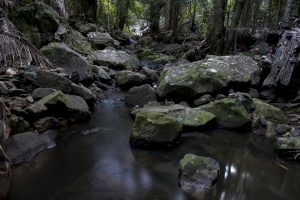 The creek flowing over the boulders and the surrounding rain forest was magnificent, being there on my own and able to hear only the sounds of water, the wind through the trees, the birds and all the other natural sounds associated with a rain forest was very special indeed. Making my way slowly down the creek stopping to take numerous photos (some are attached) I came across the main water fall with a drop of about fifteen metres 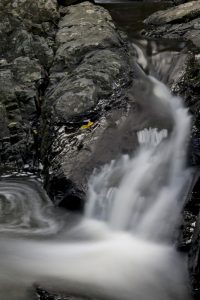 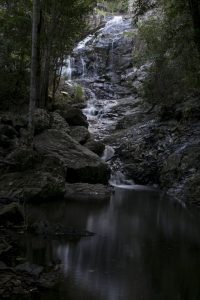 No way was I going to be able to climb down there. Looked to both sides before deciding the take the RHS forging my way through the dense undergrowth I reached the bottom. The time was getting on about 5.30pm and starting to get dark, no torch, no phone no idea how far I had to go, it was time to get a move on. Upon returning back at camp a voice said to me “where have you been, it’s time to light the BBQ and get cooking”